Nine-year-old John Hudson narrowly escaped death by hanging, for stealing a few household items, to become the youngest convict at the time of sentencing and one of thirty-four children to arrive in Sydney on the First Fleet. In 1788 when John, now thirteen, arrived in Australia along with more than 700 other felons, approximately 250 Aboriginal languages each with different dialects reverberated across our vast continent.

Along with the convicts and their jailers, the First Fleet brought a new language to the land; a language that evolved into Australian English. It is a rich language enhanced by colloquialisms, such as ‘a kangaroo loose in the top paddock’. Australian English developed under the influence of the convicts giving us words like ‘fair dinkum’, ‘chook’ and ‘brumby’, as well as Aboriginal languages which gave us words such as ‘budgerigar’, ‘yabber’ and ‘billabong’ .

For me, it is a tragedy that the original languages of the land are no longer spoken and sung across the continent. Modern Australia would be far more auroral if it were ablaze with the languages of the many Aboriginal tribes of Ancient Australia.

When my two young nieces, who are mixed-race Aboriginal girls, recently stayed with me for a weekend, the seven-year-old and I explored the Italian language together. (I am learning Italian as an adult and she is learning it at school.) As we enjoyed making this connection through a foreign language, I experienced a sense of sadness that we weren’t also able to enjoy exploring the language of her Aboriginal ancestors. From the whitefella side of her family (and from the wider community) she has inherited and learned the language of English. But the language of the blackfella side of her family has disappeared.

Just as Aboriginal languages were lost to history, so too was young John Hudson. The last known record of him is that on 15 February 1791, he received 50 lashes ‘for been out of his hutt after nine oClock.’

It occurred to me that perhaps my nieces and nephews, through the loss of the language of their Aboriginal ancestors, have also lost a connection to ancestral memories. I don’t know if that’s true, but it’s a heartbreaking possibility.

As my mother used to say, ‘it’s no use crying over spilt milk’ but I can’t help imagining an Australia where all Australians grow up speaking the local Aboriginal language as their second (or even first) language. Instead of struggling with the mandatory and irrelevant French I studied at school, I could have learned from the Kurnai language of my local area that the pelican is called ‘boorun’ and the Southern Cross is known as ‘Ngooran’. Speaking their language would have been a powerful way to demonstrate respect for the Kurnai people, as well as creating deeper bonds between the whitefella tribe and the blackfella tribe. Colonialism robbed not only Aboriginal Australians but all Australians, of the opportunity to know the first languages of our homeland.

It’s long been a dream of mine to see Aboriginal languages taught in schools as a mainstream subject for ALL students. I thought it was an impossible dream but it’s exciting to know that more is being done now by the Education Department and other agencies to revive and teach Aboriginal languages. Some schools have already implemented Aboriginal language instruction. So there is hope for my dream to be realised.

And perhaps one day, maybe when a descendant is researching their family history, John Hudson’s story will also be dragged out of the depths of history.

billabong: a dry section of a river that fills when the river overflows

kangaroo loose in the top paddock: to be mentally deficient

Kurnai: title of the tribe that inhabited Gippsland

yabber: to chat or rabbit on

Whisper My Secret: a true story 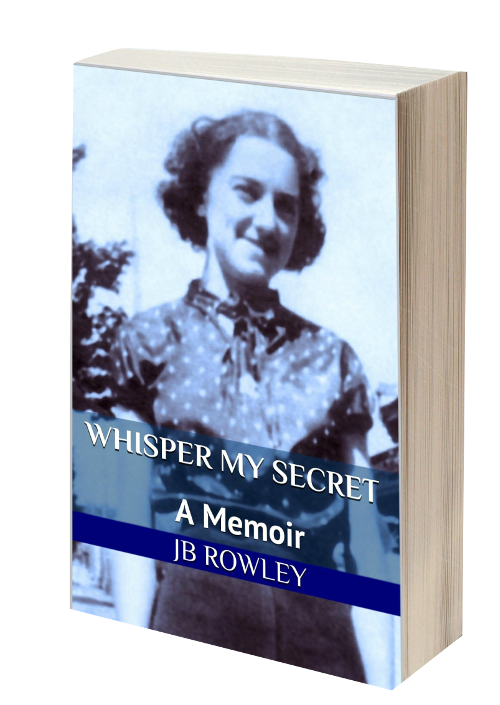